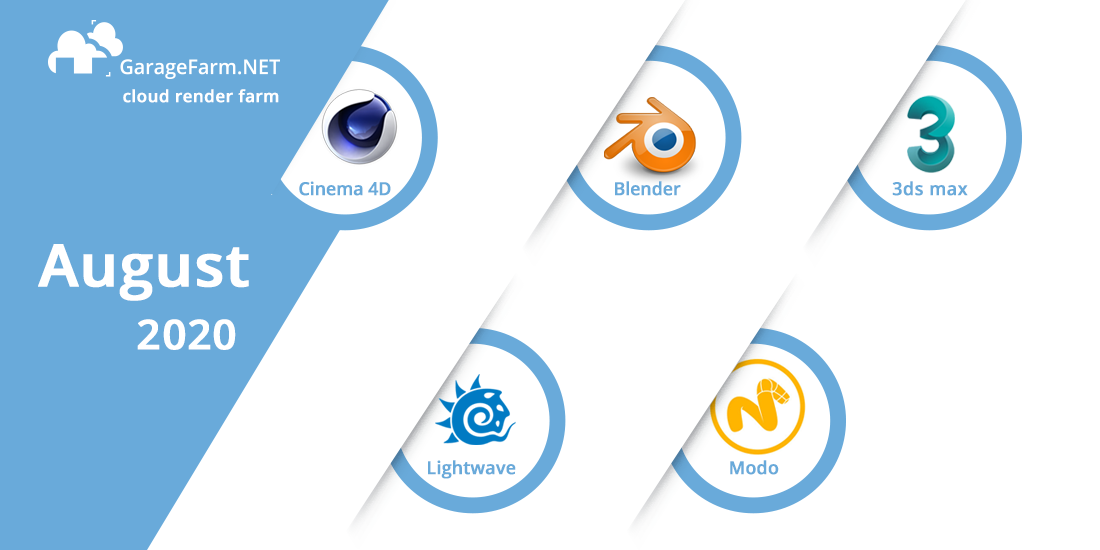 August was the month when we celebrated the 10th anniversary of our online render farm! We've been in business since 2010 and we're planning to stick around for another 10 (and thrive). There were special attractions related to it, a live stream with our team members, interviews with Tomek our CEO, Michal - General Manager and Lucas - Director of Operations, and a short article (definitely you should give it a read, you'll find really cool photos in it!).  As part of the celebration, we have doubled the limit of nodes on each priority and this promotion continues until the end of September, check our render farm price list.

But not only were we busy celebrating. Our developers, as always, we’re working on improving our online rendering software.
Here’s a list of new features we added to our plugins in August 2020.

A new major version has been released!

There was a hardware upgrade in Xesktop - our GPU server rental service. We have upgraded our V100 machines with Quadro P1000 graphic cards. This upgrade allows launching software that requires recent OpenGL versions, for example, Blender or Houdini. Since this upgrade, only the newest v037 mother-based images are able to boot on these machines.

Another great news for all those interested in renting GPU power online - we have reduced the prices of our servers permanently! Check GPU server rental pricing here.