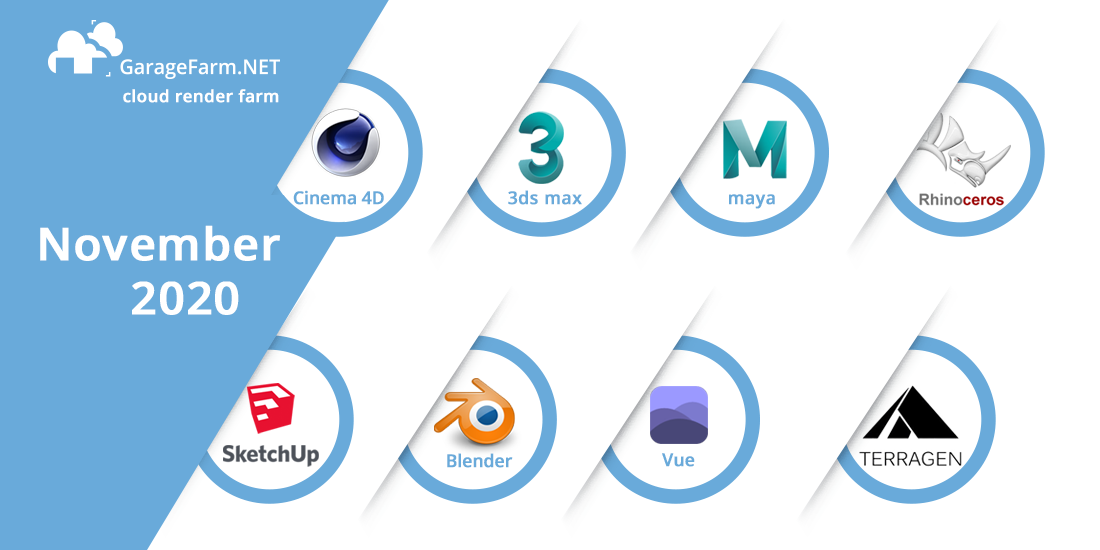 Winter is coming, and we’re prepared! Here’s a list of new features we added to our plugins for the months of September to October 2020.

- Now users can use the global renderBeamer download directory or directory selected in the scene. To use the new feature we have added the “use scene download path” switch in renderBeamer settings.

- Now users can use the global renderBeamer download directory or directory selected in the scene. To use the new feature we have added the “use scene download path” switch in renderBeamer settings.

- This update requires a new installer from the website.

- Other minor fixes and improvements.

- Blender with LuxCore renderer is now automatically set to nodes with GPU cards.

- Improvement with frames preview on Web Manager. Now EXRs are converted to JPGs on the fly and correctly displayed.

- Blender scenes rendered with strips are now checked for the content of post effects, and if there are any in use, the user is informed with the prompt.

- Other under the hood improvements and fixes.

- Improvement workflow for the X-Particles plugin.

- Fixed issue with camera render range being not forwarded to .gfs file and Web Manager.

- Web Manager - Cinema 4D scenes which include output file ending with the number will have _ sign at the end name now. This is added due to the Cinema 4D feature which is automatically adding a dot sign at the end of the output name if it ends with any number base value.

- V-Ray GPU rendering is now blocked with the prompt.

- Fixed issue with assets named the same way but linked from a different path. Now that kind of assets are checked and renamed & relinked.

- Added warning prompt when scene states are set up in the scene.

- Fixed script crashes with “Cannot get mesh from this object” error.

- Added warning prompt for rendering with “By frame” setting & FPR usage. When using “By frame” scene render settings are automatically set to 1.

- Added assets relinker tool. If the scene contains any missing asset or broken path, the plugin will bring up a simple asset relinking tool which will allow the user to change assets paths or just clean them

- Fixed issue where Bake was not checked by default when IR + LC.

- Under the hood improvements.

- Under the hood improvements & optimization.

- renderBeamer startup has been changed from .bat to .exe.

- renderBeamer startup has been changed from .bat to .exe.

We have introduced a new type of machines. They are equipped with eight Tesla P100 graphic cards. The machine speed is roughly as high as the one with ten 1080Ti's, but the power is better consolidated here. There are fewer GPUs that make particular software more compatible (for example Redshift supports up to 8 cards, certain versions of 3ds Max don't work with more than 9 cards) and their interconnection (SXM2 bus) is way faster than the good old PCI-Express.