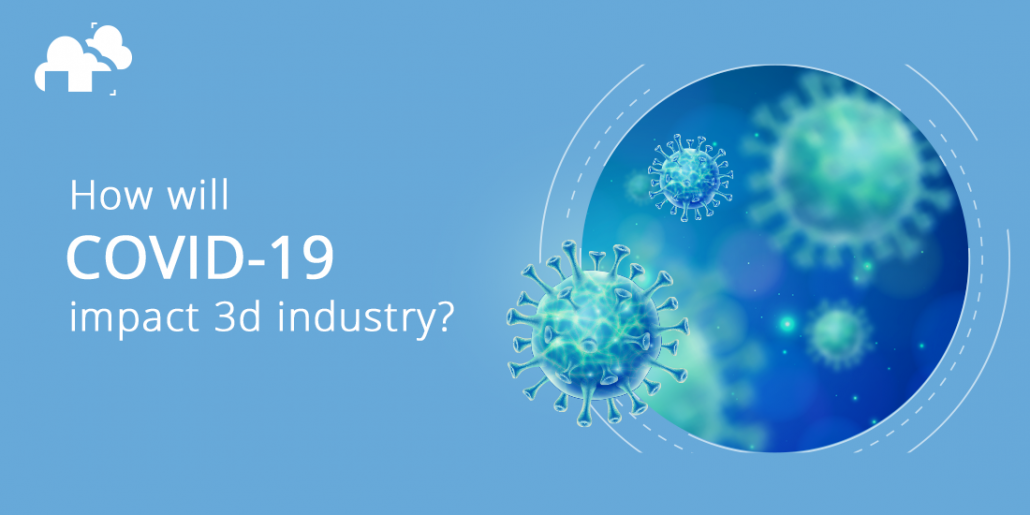 How will COVID-19 impact 3d industry?

How will COVID-19 impact 3d industry?

Now is the time to lower expectations

Under the “Opinion” column of The New York Times, published toward the end of the first week of May, was a remarkable letter by filmmaker Rodrigo Garcia. It was a timely address to his late father, the esteemed Gabriel Garcia Marquez—arguably one of the most significant authors to have emerged from Latin America in the 20th century. Of course, as with most goings-on in media outlets today, the contents of the letter had something to do with the novel coronavirus pandemic. But it wasn’t a laydown of facts. Neither did it carry the tone of the end-times we’ve become accustomed to as of late. It did, though, cover much about uncertainty of place and time—that collective fogginess of mind which the extraordinary situation COVID-19 has put us in, its impact on business and everything else, and how many of us look to leaders and creative minds now, more than ever, to suggest to us where we ought to steer our thoughts.

“…The world was so recent that many things lacked names, and in order to indicate them it was necessary to point.”

Most people might recognize Gabriel Garcia Marquez for his landmark 1967 book, 100 Years of Solitude, which many consider now as a cornerstone piece of the literary subgenre, magical realism. Magical realism is an artistic style that imbues otherwise normal, mundane settings with fantastical elements. It’s the kind of stuff through which urban myths and legends are made: a pious woman carried up to the heavens by a flock of birds, a soldier developing sudden muscular atrophy on his march home. Weird, astonishing tropes like that.

In a manner of speaking, while the way things were rationalized then weren’t so logical, it does inspire a genuine kind of wonder. That’s not something we have in a time when most efforts in the creative mainstream are reboots of old classics and appropriations (looking at you, Lion King.) During one event in 100 Years of Solitude, the fictional town of Macondo is struck with an insomnia pandemic. Rodrigo’s letter cites this instance directly. People can’t help but make connections. The current pandemic is the stuff of fiction, our daily lives altered and conditioned by it, with most of our downtime used to speculate on facts we’re given and vaguely recollect and wish we knew more of.

“…the most fearsome part of the sickness of insomnia was not the impossibility of sleeping… but its inexorable evolution toward a more critical manifestation: a loss of memory.”

It’s a powerful message because alongside recorded facts is what cultural critic Raymond Williams refers to as a structure of feeling. Think of it as an academic way of describing the “general vibe” or “atmosphere” of a particular time, the inarticulate, yet collectively tangible emotion coursing under our skins. We know it, it’s there, and in light of shelter-orders, we have the Internet to show us that people feel similarly. In our exhaustion to explain it, the tendency is to end with a shrug and say, ah, well, it’s the pandemic, you know? It’s tempting to say it’s the driving feeling—fear, but, also, not quite—behind the need to hoard toilet paper and whatever else we see reported in the news. Hearing news like that might come first as disbelief and become, in some fortunate and remote headspaces, laughable to hear.

Looking at it from a frog’s perspective

The main question behind the preamble is this, regarding most things COVID-19, how substantial is the despair we’ve actually been feeling? My thoughts to those who are directly affected by the pandemic, of course, that needs to be talked about, too. But let’s not force one reality over every individual situation, although that unconsciously, collectively seems the case with how accessible general news has become. With the Internet, for better or worse, we don’t need to be so self-conscious about how we think. For those in the comfort of our shelters, it’s a silver lining to be able to keep eyes on the ground.

That said, in the uncertainty amid the coronavirus pandemic, let’s try not to cram everything under a larger scheme. The creative detail that came from Garcia Marquez’s work didn’t happen because he knew it all, his task was as much that of describing things he knew in the way he understood them—then the world (the learned world, no less) followed suit. A good analogy for this mentioned in the podcast is sketching. It’s like he began with a quick n’ dirty idea and pressed on from there. He had a life besides that, too; he had a kid.

That’s the basis of what I am trying to connect with the latest GarageFarm.NET podcast episode with Marco, DJ, Andrew, as they hunker down in their latest episode of CG talks, keeping it chill as they discuss how 3D artists can keep busy during the quarantine. While we get suggestions like using traditional mediums (sketching and clay), we don’t receive a to-do list at the end of the episode. Instead, we’re prompted to rethink what makes a creative attitude. This is about creativity and how, COVID-19’s impact on business aside, ideas about creativity as a product of a particular lifestyle seems more now like a fundamental need. Not just for the 3D industry and CG geeks, but across the board. A novel creative look at a novel pandemic, a swap of the bird’s-eye view for the frog’s perspective.

“It rained for four years, eleven months, and two days. There were periods of drizzle during which everyone put on his full dress and a convalescent look to celebrate the clearing, but the people soon grew accustomed to interpret the pauses as a sign of redoubled rain… Just as during the insomnia plague… the calamity itself inspired defenses against boredom.”

If you, dear reader, are anything like the people who have been working remotely long before the quarantine began, then you, too, must have fallen privy under the running expectation that we homebodies were the best-equipped to handle working from home. O, how wrong we were.
Apart from the games industry (one out of ten posts in my social feed has something to do with Animal Crossing), it’s hard to define what the turnout will be for most CG fields and what among them are hardest-hit. A main caveat of the pandemic is workflow; it was fine when one or two jobs were remote because they were outsourced. But the whole CG industry?

Morning routines may have been slower-going, the second coffee doesn’t hit as hard, and, likely, the workload suddenly got that much more overbearing. Draining is what it is. And if you have kids, good luck. You can have a thousand things of what you want to do listed down, yet harnessing the determination to do that nowadays feels almost impossible.

Recalling what we’ve covered some paragraphs ago, keeping eyes on the ground can mean something as simple as getting past the daily grind. There shouldn’t be any pressure on anyone to come out of this with awesome skills. Expectations need to stay low. Now is not really the time to think about your career in the 3D industry. At least, not in the way you’re expected to.

This is something along the lines of what Marco calls as the “play” aspect. When was the last time you got to sit down with your 3D software and just doodle? No client briefs, no professional state of mind. None of that. Can you muster the will to still do it for fun? Does it hit the same spots as it used to when you started out? Does it hit any of the spots at all?

Keeping expectations low keeps the mind open. It’s not so much that the pandemic has allowed us the time or the conditions to delve into personal projects, but it does lay the idea out on the table. Think of it as certain parameters in place, and depending on where and who you are, there’s something to make with that. If you don’t put time into it, though, it won’t happen. It might be that the most productive thing you can do, too, is taking a break from it. Who knows? A change in the times is just a call for reassessment.

“Her life was spent in weaving her shroud. It might have been said that she wove during the day and unwove during the night, and not with any hope of defeating solitude in that way, but, quite the contrary, in order to nurture it.”

If you are looking for outlets just go all out and be as creative as you want, pressure-free, there has been a surge of online contests. Fabio Palvelli, who was a guest in one of GarageFarm’s interviews some time ago, is one of the many CG creatives today who began hosting online contests to keep the CG community engaged. It’s great. Friendly, weekly, contests to pass the time for those with time to spare. It takes that much-needed load off, almost like doodling.