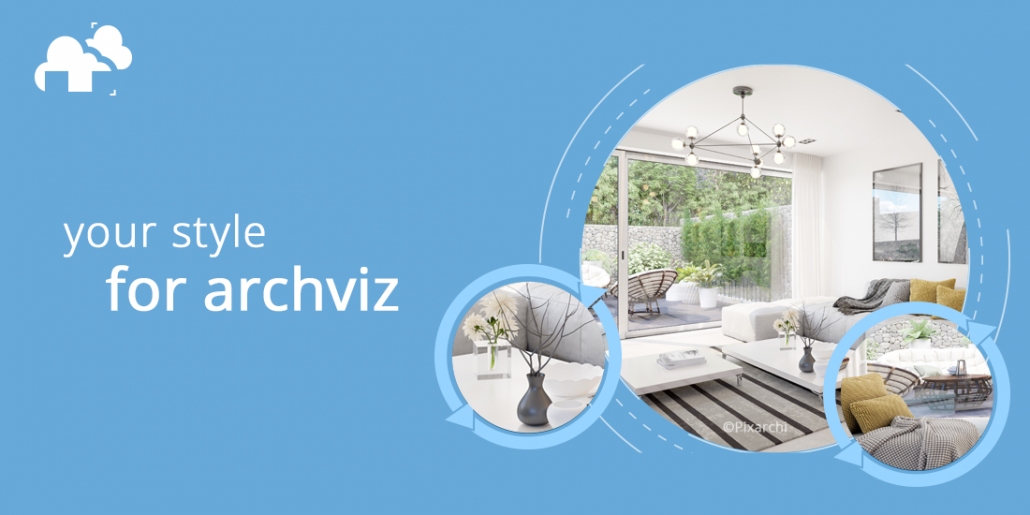 Chicken or the Egg?

From the illustrious pantheons of the ancient Greeks down to the brutalist design of the corporate building I used to work in, intractable to the art tradition and its myriad forms is style. Architecture, for one, is rampant with it. There are the Baroque, the Gothic, and the Classical, to name a prominent few. Yet, the instant we hear the word “style,” we’re quick to first attribute it to the artistic quality of the individual, then the period they belonged to after. Da Vinci’s Mona Lisa, for example, is an austere testament to the Renaissance ideal of steely composure; in contrast, contained in Edvard Munch’s The Scream is the wrack and anxiety of modern times.

You don’t think that during your first encounter with a building. A brick is just a brick, while an imbricated roof tile is more likely to reflect sunlight than the unnamed architect’s emotional misgivings. Clearly, the differences between architecture and painting are vast; the main reason why is the absolute necessity for the former’s functionality. That’s not to say that visual arts are purposeless (my political spirit likes a good stirring), but buildings are lived-in environments. I don’t want to cry and think about oppression every time I go to the bathroom; I just want it properly ventilated for what’s to come.

Speaking of, (and this is the last leg of my preamble) I was in the bathroom when I listened to the third episode of GarageFarm’s CG talks. Shadowed in a world of entertainment where 3D modeling styles are associated with brands, as with the doe-eyed princesses of Disney Pixar, ArchViz aesthetics doesn’t seem to have much to go on. Recalling, also, Fabio’s remark on the general perception of ArchViz as a mechanical job, most aspects of the 3D workflow don’t call for much creative input (the briefs from most developers won’t, either). And yet, there’s so much premium given to striking imagery in the market. In the event I do cry in my bathroom, it would be great if the interior layout and design could remind me of the better things in life.

So, for all this talk on artistry, where and how in an architectural visualization does it shine through?

Is there even such a thing as style for ArchViz?

For Tomas, it’s a yes: “Every project you do is somewhat influenced by your taste,” he says, “but it’s in personal projects where tastes and visualization styles develop.”

Marco, DJ, and Andrew broached this question before. Your ArchViz portfolio is more than just a static compilation of your greatest hits. It should be a metric, one that orders and evaluates present practice. Building your portfolio according to that principle offers perspective, revealing details about your tastes. It could be something you have already known, deep down: a specific way of blending color, maybe, or a preferred interplay of shadow and light.

You may find that some qualities that makeup style are accidental, comprising both conscious and unconscious decisions and employing techniques that come either naturally or are entrained. It doesn’t take a masterpiece to see; a simple drawing exercise would do. Put five people of different skill levels in a room and have them draw me nude. Should you stomach it, you’ll notice that the resulting sketches would vary widely. Some may utilize curved lines in my mid-section, others may prefer the squiggly variant. One artist may want to correct my posture whereas another knows it’s hopeless. The weightiness and confidence in the strokes would differ, too. In any case, the differences in style would be instantly apparent; in fact, it would be impossible for anyone to draw without them.

No one’s perfect. We are not without idiosyncrasies that change the final look in fundamental—and at times, unnoticeable—ways that we may, for better or worse, call the resulting artwork our own. (That’s why they call it style.)

Although, according to Andrew, you don’t have that immediate benefit of seeing an emergent style when using 3D programs because of technical constraints. Back in one of his architecture classes, he had a professor who would reject his students’ first drafts made with CAD. His reason was that the tools forced them to think in the same way, and he was right. He verified it by dividing the class into groups. One dove into the 3D program headfirst while the other group took a step back and sketched out their ideas before committing to the desktop. Recycling my analogy, if those students were to draw me nude beginning with 3D, they would all utilize the most basic tools streamlined in the software to capture my likeness (for example, importing a rotund base model and hashing it out from there).Other actions that are more technically complicated would not allow enough time to play around; you would probably spend the best of your energies lost and isolated in the details, mistaking the forest for the trees.

“You lose that fresh, fast, iterative approach that comes with sketching or molding with clay. The best way to test different ideas is to look at the whole work from a different perspective,” says DJ.

According to Marco, in 3D, middling between you and the final output are your hands, the stylus, the keyboard shortcuts, and then some: all these points of removal that factor in the choices you make. Yet, most people embrace these new tools to alleviate self-direction and the anxiety it creates. Besides, like anything, it takes practice to get used to it. But if not drawing, why not photography? Less technical constraint. Less anxiety. More freedom. Anyway, technology is there to make things easier, right?

Incorporating other mediums to your study or 3D workflow helps you compartmentalize your priorities. Sketching out the idea beforehand gives you a proper direction from the get-go. Learning photography refines your sense of composition and lighting to emphasize subjects in your scene. For people who battle tight deadlines and strict project briefs on the daily, this is crucial stuff. More than that, though, it’s through zoning in on the different aspects of the pipeline that allow for deliberate, conscious decisions that shape both the final look and your sense of style. It’s not there for you to obsess over every tiny detail because that was part of the problem to begin with. It’s only there for you to make sure even the unconscious moves aren’t overlooked. In other words, you won’t be leaving anything to chance.

And I do all this for photorealism, right? It’s not like I’m hired for my individuality

Yes and no. Once, photorealism was the holy grail for all ArchViz projects. The industry works on a different economy of meaning now. Clients want storytelling. The most recent winners of the Architizer contest were chosen based on criteria akin to photography, the artistic ways in which they pictured and presented architecture.

There’s a sentiment Ian Hubert shares in his talk on World Building DJ recalls that I understand like this: If you take a photo of crap, however photoreal it is (it’s a photo, what more do you want) it’s still crap. Not everything in the world will suddenly ‘pop’ after taking a photo of it. The same follows with your project: It’s how photorealism works with the package. You’re not marketing an image of a neglected interior set in a city’s dreary underbelly where the sun doesn’t shine, however visceral the imagery may be. You’re not selling my former office space, either. 3D, as with any art medium, allows for something more out of a plain image.

That’s where the tools really come in. And when it comes to stylizing your work (after figuring out what your style is, of course), there’s no better friend to have than post-production. The phrase “do it in post” isn’t mentioned to correct past mistakes. Here are some photorealistic design tips for when you’re in revisions: In cinematography, some professionals choose to shoot as flat as possible for that raw footage to have the most freedom in post-prod color grading. Apart from color, you can also spruce up the lighting by introducing another light source out-of-frame for that extra oomph.

In the end, what matters most is that you play around, but to do that, you need to be comfortable enough with the tools in your ever-growing kit. The simpler traditional mediums are there to help isolate elements of your style and improve them if need be. In a way, they are subsets that breakdown the enormous 3D project ahead.

Listen to our podcast:

Curious to know more? If you enjoy listening to discussions like this as well as reading them, check out our podcasts on this topic and more, over at any of these platforms:

Elo Dinglasan is a freelance writer and editor. His two best friends are a dog and an eight-year-old. He doesn’t need any more than that.