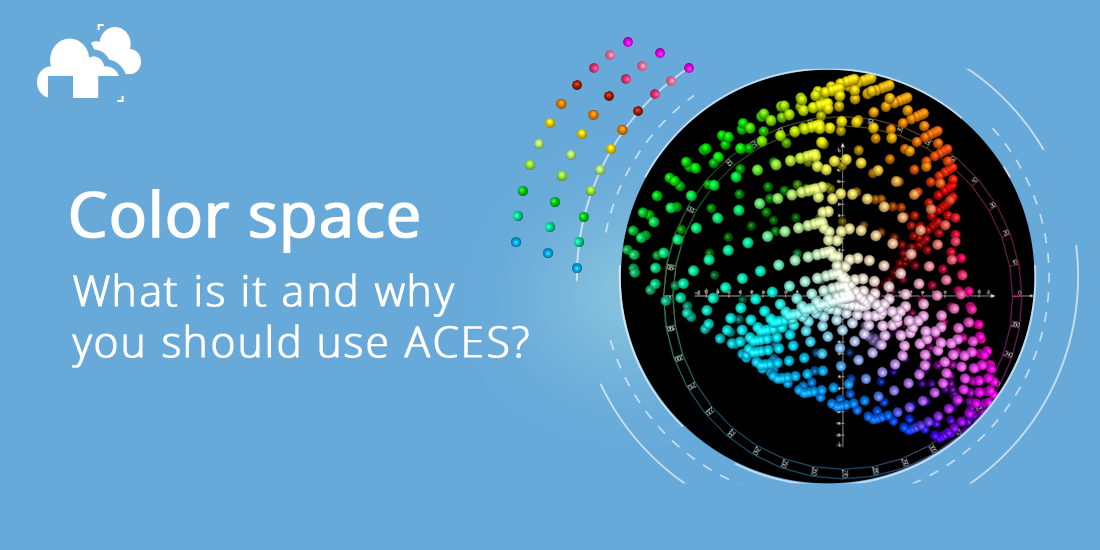 Color Space - What is it and why you should use ACES

Color Space - What is it and why you should use ACES

The industry has been moving forward with each passing year. Advancements in technology consistently change our workflows and lead to new techniques being adapted for production.

For years, texturing in 3D was dependent on specific lighting conditions and was very limited in terms of deployability to different lighting environments. Thus, when Disney pioneered the PBR workflow, it changed the way we approached texturing and the workflow became more consistent across all rendering platforms.

Color Space has been a very tricky subject for production to tackle. Luckily for us, there is now a unified way of handling color space as well, and having a good understanding of this subject can not only improve our workflow but also future-proof our work and make it easier to integrate our work into bigger productions. Let’s talk about color space.

What is Color Space?

Color Space refers to the system that translates colors into numbers. Whether you’re looking at colors in a game, movie, or print, those colors are being represented to you through color space.

This is called a chromaticity diagram. It provides a visual understanding of color properties. In the image, you can see the color gamut for each color space. Most monitors and devices use the sRGB color space. The problem with this is that the sRGB color space was developed back when CRT monitors were still being used. While it’s the most common color space we encounter in everyday life, it’s not the best color space to use for modern production pipelines in film, VFX, and games.

One example would be viewing your render on a monitor compared to viewing it on film. If you look at the image above, you’ll notice that the colors for the film render look washed out. Because film has a much wider color gamut, colors that you chose for your render won’t look the same because you worked on a monitor with a smaller color gamut.

As you can imagine, this presents a few problems in production.

In production, there’s usually a lot of different input sources ranging from cameras to different VFX studios working on CGI. The problem with this is that each camera works under their own unique patented color space (IMAX, RED, etc.), not to mention the fact that digital assets are also being produced to match up with the footage that was already shot. Because of this, a lot of time is spent on making sure all of the different input sources match up first before any proper color grading work can be done. This is the problem that ACES aims to solve.

The Academy Color Encoding System (ACES) is a free, open, device-independent color management and image interchange system developed under the patronage of the Academy of Motion Picture Arts and Sciences. It’s meant to standardize color space between different input sources (cameras, VFX, etc). It features a high dynamic range, an RGB-based workflow, and an ultra-wide color gamut that encompasses the entire spectral locus.

For digital artists, the biggest reason to use ACES is that renders look and feel more “photorealistic”. That’s because of the wider dynamic range.

If you look at the image above, the colors for the sRGB render look more muted and you can see the highlights clipping.

You can see it more clearly in this render using Blender’s “False Look” view to see the overall exposure of the image. Notice how in the areas that are in red, those are the areas where the light is over-exposed and because of that, there’s lost detail. That’s because of the poor dynamic range that comes with the sRGB color space.

Compare that to the ACES render and you’ll notice how the highlights retain their detail and that the colors have become more vibrant. Because of the much wider color space that ACES provides, we can take advantage of that to achieve a more photorealistic result.

Another reason to use ACES is that thanks to its much bigger color space, we have a wider array of colors to choose from. In the image below, you can see how much more the colors “pop out” in the render. This gives the artist more freedom to pick and choose what type of colors will best suit the image.

Not only does it give our renders a better result with our lighting and colors, but it also makes our work future-proof within production pipelines when the time comes to repurpose our work for redistribution on future devices with bigger color gamuts.

In order to use ACES, you must first input your source media into an IDT (Input Device Transform) and convert the data to ACES color space. Color grading is then applied to the footage/render and then exported to the specific display device for viewing.

Using ACES in your software

When importing textures for texturing 3D objects, it’s important to note that you have to be aware of what kind of image format your textures will come in so that you can convert them properly for ACES.

For conversion, the color spaces to remember are:

Each software has its own way of handling ACES, just look at thedocumentation for your 3D software to see how you can implement itfor your own work.

As you can see, there are many use cases for ACES. While it may be tempting to stick with the workflow that you’ve grown comfortable with, considering how daunting the concept of color space and using a format like ACES can be, it’s crucial that we stay up-to-date with industry standards. If you’re interested in reading more about the technical side of ACES, I highly recommend you to read up on these following guides:

While switching to the ACES color space might be the right choice on a technical level, it won’t save a render from bad lighting, shoddy materials or poor composition. Perhaps that can be a topic for another day.

* The image featured in this article uses a graphic from 'Holger kkk Everding / CC BY-SA'.

Amiel Goco is a freelance 3D artist who's worked on the 3DBee asset library as a prop artist. He's also worked on game assets and environment art.